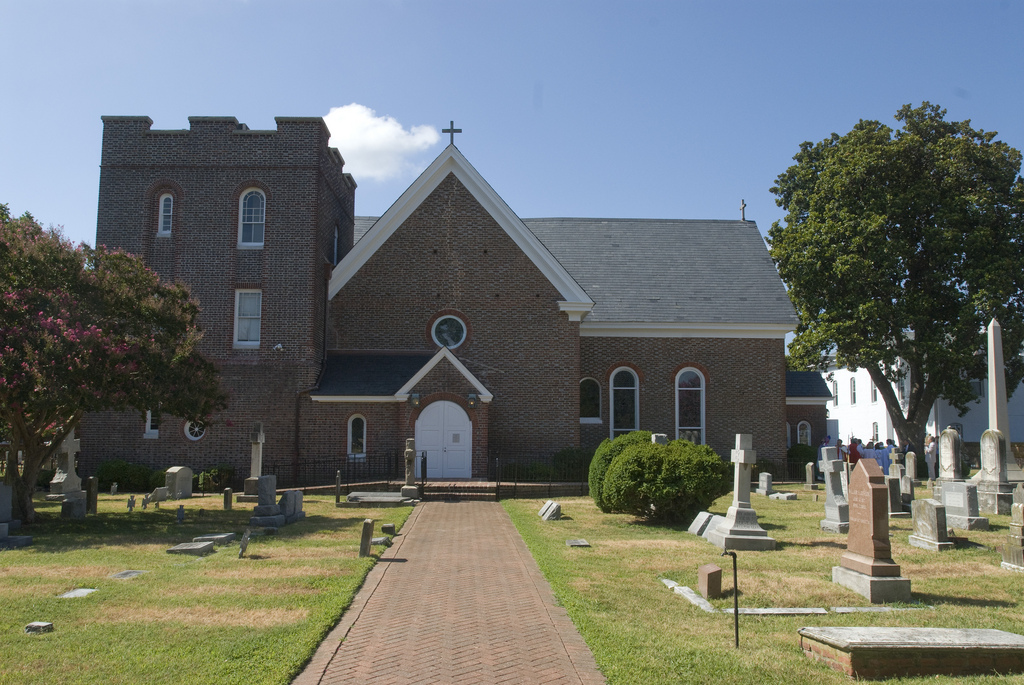 Established in 1610, St. John’s is the oldest continuous English-speaking parish in the U.S. The worship building has been at its present site on Queens Way since 1728. A recorded message introduces visitors to the church and its history, which includes a stained-glass window depicting the baptism of Pocahontas. The church is handicap accessible.

In 2010, America’s oldest Anglican (Episcopal) parish in continuous existence commemorated its 400th anniversary with special events, activities and services. Established in 1610 when English colonists settled at Kecoughtan, the parish has survived four centuries of sometimes-turbulent history in order to celebrate this milestone.

The correct hours are by appointment only, Monday-Thursday from 9:00 a.m.-3:00 p.m. Please call before you come to ensure that Staff is available to unlock the church.