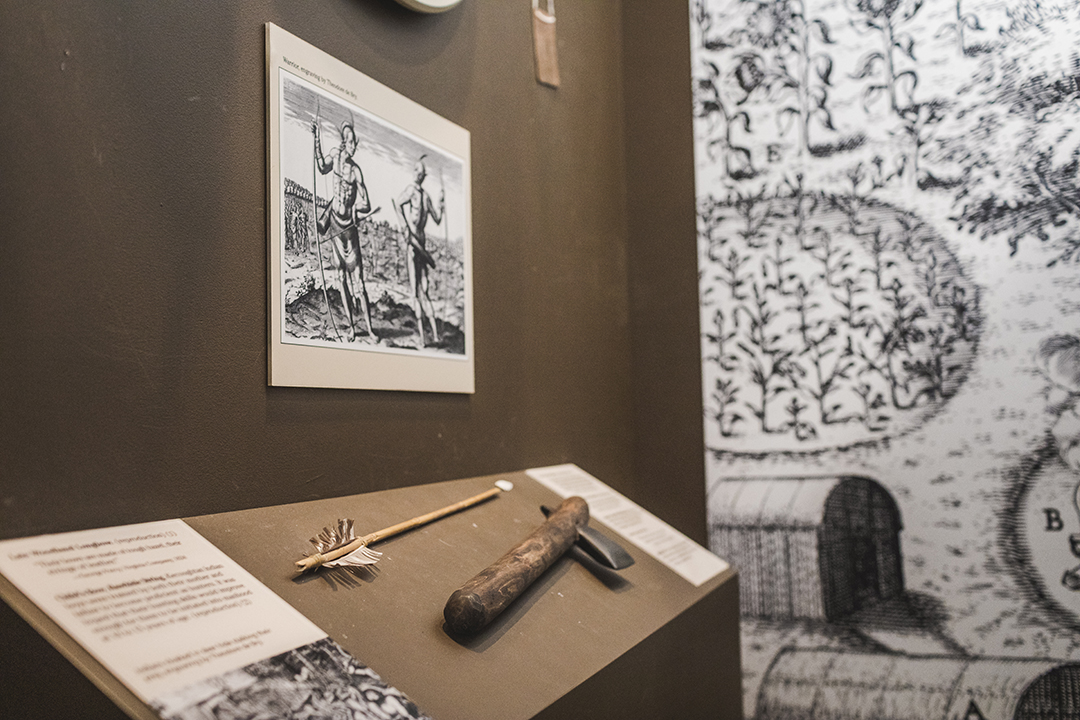 
Indigenous Peoples’ Day is celebrated on the second Monday of October, on October 10 this year, to honor the cultures and histories of the Native American people. The day is centered around reflecting on their tribal roots and the tragic stories that hurt but strengthened their communities. – nationaltoday.com

Hampton, Virginia, is a treasure for history buffs, with detailed accounts of happenings over the last 400 and some years. The Hampton History Museum, Fort Monroe Visitor & Education Center and the Hampton University Museum all have educational displays which explore the lives of American Indians in Virginia. 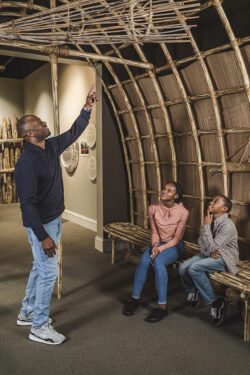 The Hampton History Museum’s Kecoughtan display and gallery highlights the life of Kecoughtan (pronounced kick-a-tan) tribe members, whose main village was believed to be at the mouth of the Hampton River. Modern-day Hampton would’ve been known as Kecoughtan.

Visitors enter the gallery through a yehakin, or traditional style of home made of materials like saplings and plant fiber. Because the Powhatan did not have a written language, many interpretations about Kecoughtan life came from the reporting of English settlers in the early 1600s. Drawings and diaries they kept can be seen in the gallery, as well as archeological artifacts which date back thousands of years. These artifacts provide insights into trading habits between the Kecoughtan and other tribal groups, like stone which would’ve come from a more mountainous area. You can also see what kind of items were traded with the English.

The museum goes on to follow the further settlements of the English in modern-day Virginia, which ultimately resulted in the loss or dispersal of almost all Kecoughtan.

Fun fact: the oldest artifact in the museum is in this gallery. It is a fluted projectile point, thought to be at least 10,000 years old. Look for it on your next visit!

On Nov. 7 at 7 pm, the HHM will host a lecture by Buck Woodard, Ph.D., Department of Anthropology, American University, Washington, D.C., as he shares his deep knowledge of the complex history and culture of Native American Nations in Virginia and specifically on the Peninsula. 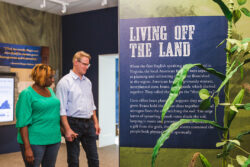 Displays inside the Fort Monroe Visitor & Education Center illustrate the impact made by the intersection of three cultures – American Indian, African, and European. There is an emphasis on the land the Kecoughtan lived off of, crops they grew and seafood they ate from the Chesapeake Bay. The first detailed map of the Chesapeake Bay, drawn by English settler John Smith with guidance from the Kecoughtan, is displayed. The Kecoughtan knowledge of geographical features and cultural areas in this effort was essential to opening up the area for settlement and trade.

Archeological artifacts like pottery and pipestems that were discovered at Fort Monroe are some of the only records of tribal groups in the area and can be seen in the gallery. The gallery details the arrival of the English at Point Comfort, their subsequent exploitation of natural resources in the coming years, their ultimate forced removal of the Indians and later purchase of enslaved Africans. 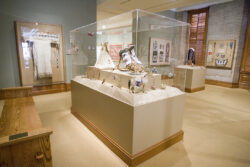 Between 1878 and 1923, over 1,400 Native Americans representing 66 tribal groups journeyed to what was then the Hampton Normal and Agricultural Institute to participate in the federal government’s late 19th century boarding school system. The largest number of participants were Dakota/Lakota (Sioux), followed by Oneida, Seneca, Omaha, Ho-Chunk/Winnebago, Cherokee, and Anishinabe (Ojibway/Chippewa).

The museum’s Native American Gallery exhibits everything from fine basketry and beautiful beadwork to period photographs from the school’s historic American Indian Education program. Helpful descriptors detail the changes and experiences students went through after leaving their home communities and having to assimilate to Euro-American standards and the relationships they maintained with Hampton faculty. Artifacts in the gallery demonstrate the types of trades students were learning in school, like shoe-making, as well as items that were custom to life in their home communities.