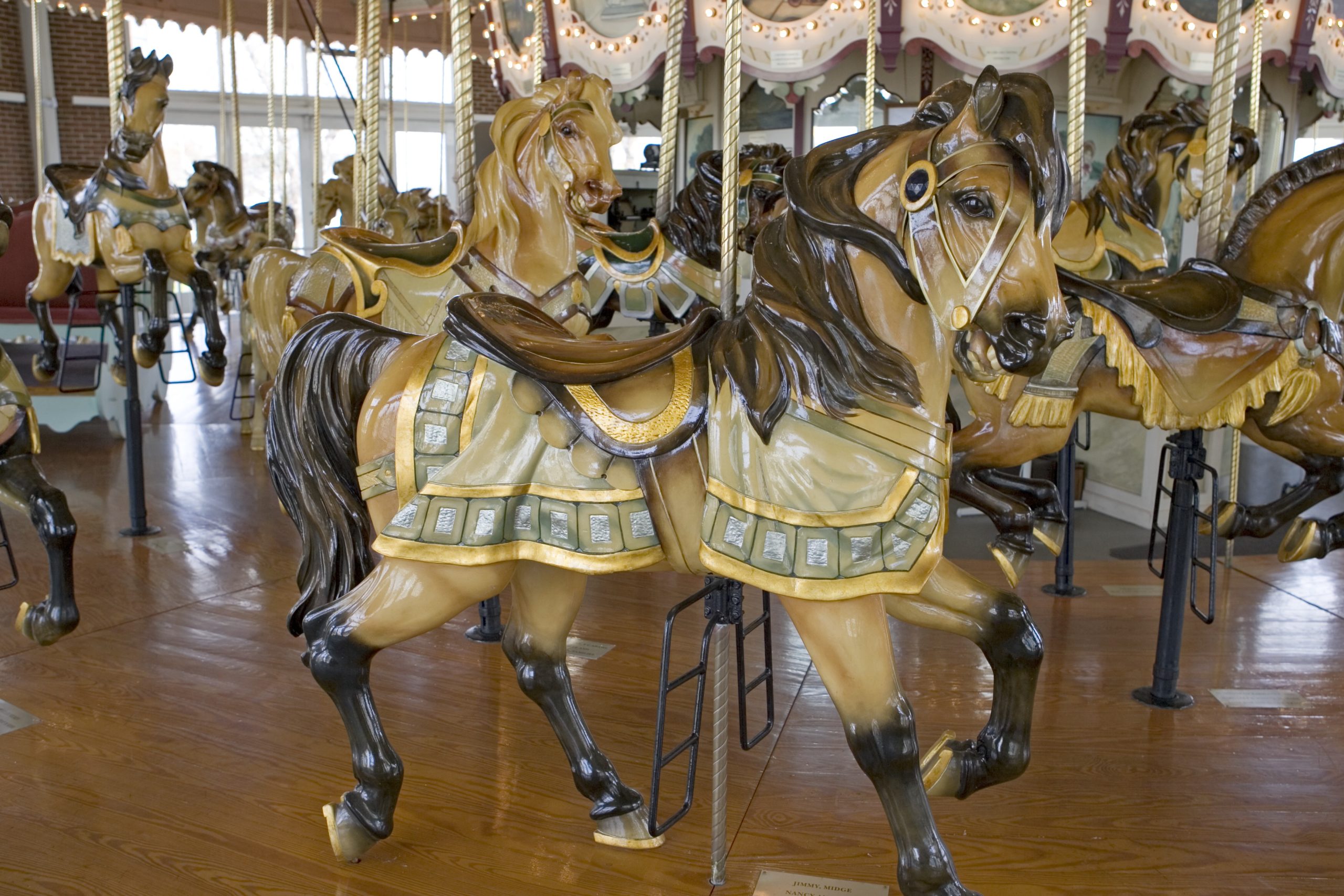 Celebrating 100 Years of The Hampton Carousel


Many kids in Hampton grew up riding on the Hampton Carousel for special occasions. Today, July 25, 2020 the Hampton Carousel celebrates its 100th birthday on National Carousel Day. The Hampton Carousel is one of 70 wooden carousels that remains in operation and good condition, out of 6,000 that were originally crafted. Originally named Buckroe Beach Carousel and Philadelphia Toboggan Company Number Fifty, it has brought joy and smiles to residents and visitors since the summer of 1920.

Due to Covid-19 restrictions, the carousel is currently closed for rides. Unfortunately it is not possible for the carousel to be disinfected between each ride without damaging the nitrocellulose lacquer on each wooden, hand-carved horse. With 100 years of history, museum staff want to preserve the carousel and keep guests safe, so they have made the decision to remain closed for now.

Even though the ride cannot be enjoyed this season, we wanted to take time to celebrate its centennial, and look back on the carousel’s history and memories it has helped create for citizens and visitors to Hampton.

100 Years of Rides and Smiles 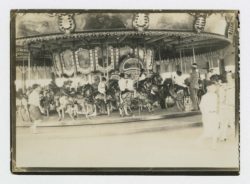 In 1920, the carousel was built with fine-grained hardwood by the Philadelphia Toboggan Company in Germantown, Pennsylvania. Built during the golden age of carousels in America, carved by Frank Carretta & Daniel C Muller, and painted by German, Russian, and Italian immigrant artisans. Together they created a beautiful and realistic carousel featuring oil paintings, mirrors, a Bruder band organ, prancing wooden horses and hand-carved chariots.

After being built, the carousel was installed at Buckroe Amusement Park, the location of today’s Buckroe Beach Park. Visitors came from near and far to enjoy the carousel, and other amusement park activities. Through the 1920’s and 1930’s it was seen as a major Virginia summer resort. The resort closed in 1985 due to high cost of maintenance, and competition with air-conditioned shopping malls. The carousel remained fully intact and operable for its 67 years at the park, and was placed in storage after the park closed.

In 1991, the carousel was reassembl 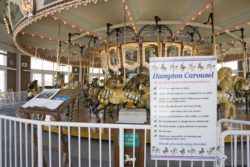 ed at its current location in the enclosed pavilion at 602 Settlers Landing Road in Downtown Hampton. A year later, it was added to the national register of historic places, and continues to be an irreplaceable part of local history.

Hampton History Museum now cares for its original 42 oil paintings, 30 mirrors, a Bruder band organ, 48 hand-carved wooden horses and two-hand carved wooden chariots. The carousel is a whirling tribute to its creators and preservation of history and American Folk Art.

This weekend, celebrate 100 years of the Hampton Carousel with a visit to the historical markers surrounding Carousel Park. These markers commemorate the carousel’s history, and Hampton History from the 17th to 20th centuries. Reminisce in the memories this Hampton treasure has helped to create, and will continue to create for years to come.