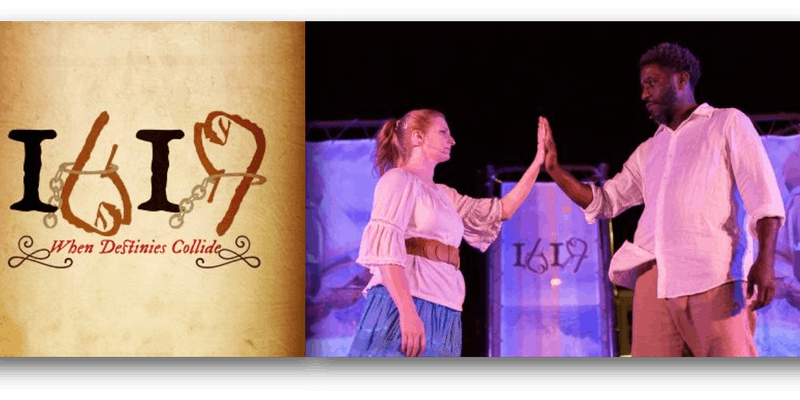 A free performance in the Fort Monroe Theatre of this powerful production that tells the story of the first African landing in 1619.

1619, When Destinies Collide tells the story of the native Africans who first set foot in British Speaking North America. It is a story of lives and cultures interrupted and destinies grafted together. Told through riveting live performance and powerful musical score, 1619 is a story that 400 years later can finally be told.