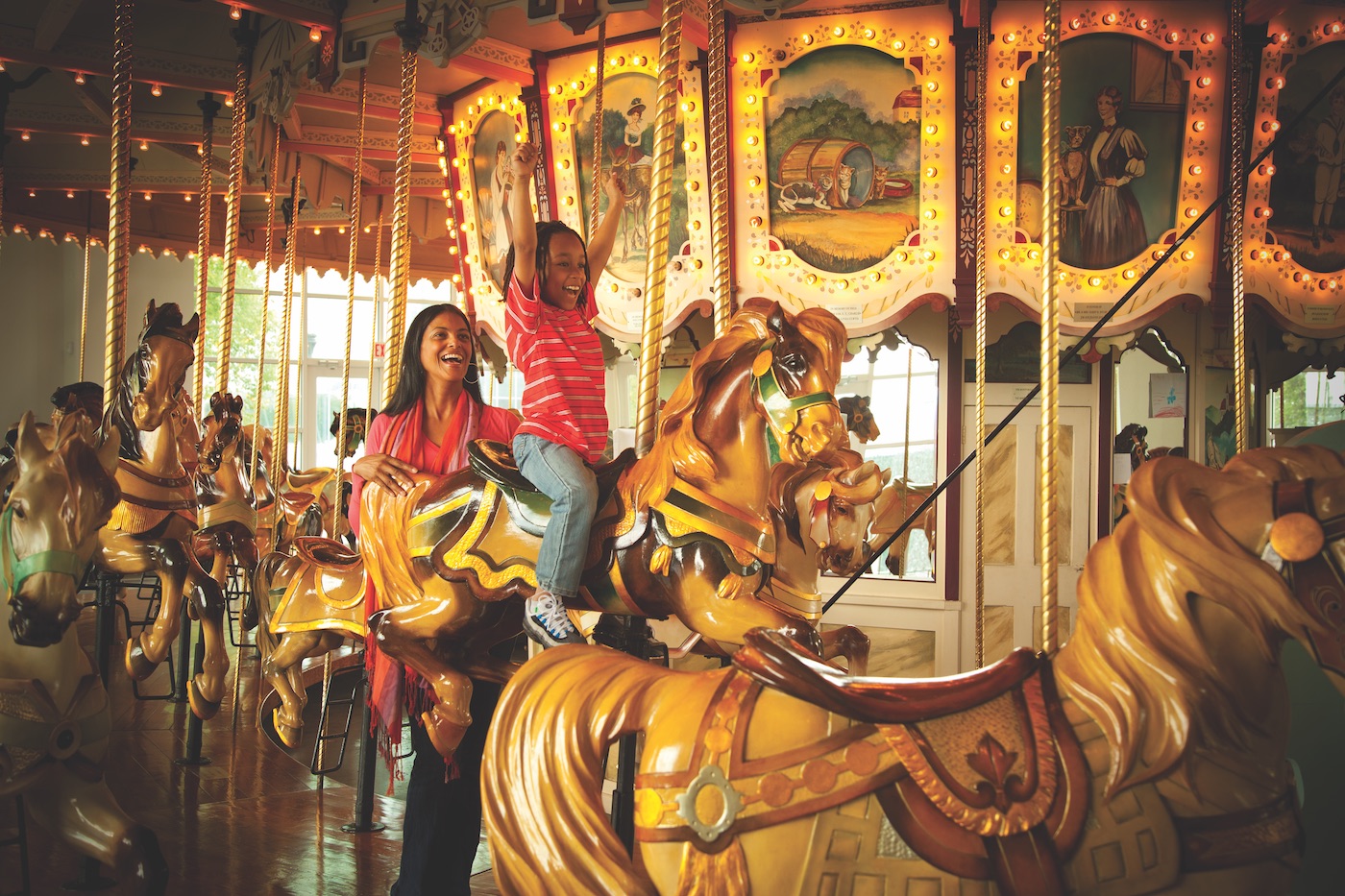 Rider fees are $1.00 per ride or purchase the Carousel Ride Pass to get 25 rides for $20. Group discounts are available.

Also ride as part of the Sea to Stars Ticket!

Housed in its own pavilion, Hampton’s Carousel is a whirling tribute to the skill of its creators. It still boasts its original mirrors and oil paintings, as well as 48 intricately decorated horses.  Rising and falling to the strains of the original band organ, many of these carousel horses are so finely carved that the veins in their necks and legs are visible. With the popularity of antique carousels at its peak, Hampton’s restored 1920 merry-go-round has drawn thousands of visitors to the city’s downtown waterfront. One of only 170 antique carousels still in the United States, the Hampton Carousel is a rare and beautiful example of American folk art. Its prancing steeds and stately chariots were painstakingly carved from fine-grained hardwood and painted by German, Italian and Russian immigrant artisans.