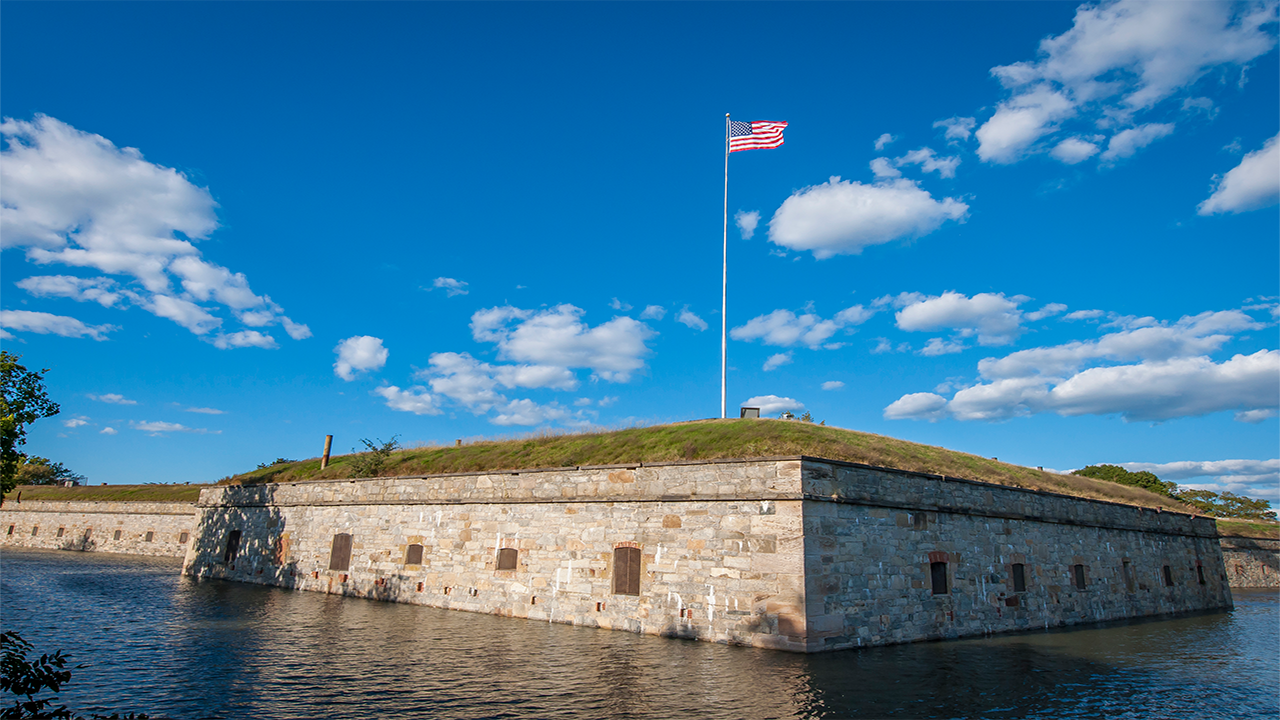 Fort Monroe is the largest stone fort ever built in the United States. The massive fort that exists today, and the smaller forts that preceded it, have guarded and defended Hampton Roads, one of the world’s largest natural harbors.

The body of water just outside these walls is a natural deep-water harbor and historically it was the key to controlling the Chesapeake Bay and to accessing by water the capital of the colonies, the Commonwealth of Virginia and Washington, D.C. Named for James Monroe, the fifth President of the United States, Fort Monroe took 15 years to build. It was begun by employing slave labor, which was gradually replaced by military convicts. The granite for the walls came from rock quarries in Virginia and Maryland, while the other building materials were supplied by local contractors. Upon its completion in 1834, Fort Monroe cost nearly two million dollars and covered 63 acres of land with its walls stretching 1.3 miles around.

Depending on the tide, the water in the moat ranges from 3 to 5 feet deep and is fed through a gate from Mill Creek. In 1960, Fort Monroe was designated a National Historic Landmark. In 1966, Fort Monroe was listed on the National Register of Historic Places and in 2011, President Barack Obama signed an executive order creating the Fort Monroe National Monument.