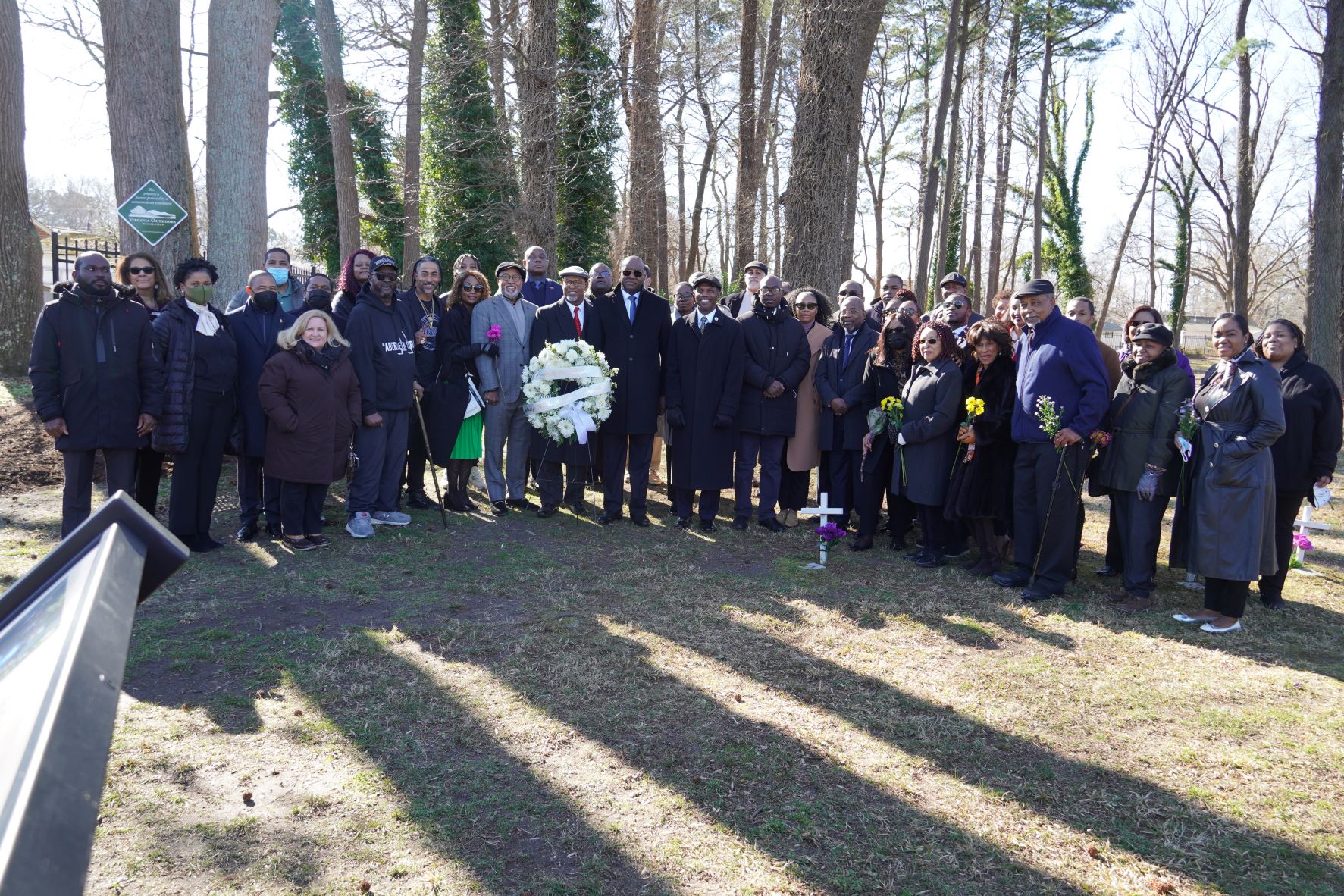 
Mayor Donnie Tuck and the members of the Tucker family hosted H.E. Ambassador Joaquim do Espírito Santo, Angolan Ambassador to the United States, and an Angolan Embassy delegation on Feb. 18-19. The delegation toured Hampton, visited Fort Monroe and the Hampton History Museum and took part in a special ceremony at the Tucker Family Cemetery.

“We are honored to receive Ambassador Joaquim do Espirito Santo and the Angolan delegation in Hampton and anticipate a continued mutual effort to foster cultural understanding,” said Mayor Tuck. 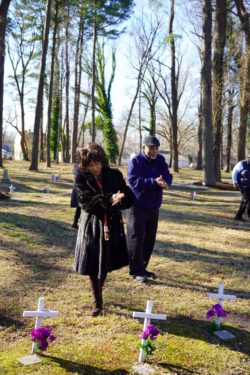 During a December 2021 visit to Angola, members of the Tucker Family, who are believed to be descendants of the first enslaved Africans in English North America, brought back to the United States sand from the Kwanza River, where their ancestors may have traveled after being enslaved. At the ceremony on Feb. 19 at the Tucker Family Cemetery, members of the Tucker family sprinkled the sand from their ancestral homeland on the soil of the cemetery –symbolically letting their ancestors know that they made it back home.

Ambassador Espirito Santo expressed his appreciation and gratitude to the Tucker family and the City of Hampton for “their effort to keep alive the memory and history of our ancestors” and “ensuring the preservation of the Angolan people who arrived here 400 years ago.”

In late August 1619, the first recorded Africans to be brought to English North America landed at Point Comfort, today’s Fort Monroe. The first “20 and odd” Africans were brought from West Central Africa, present-day Angola. The Tucker Family Cemetery is the resting place for generations of the William Tucker Family. William Tucker, the first recorded baby of African descent baptized in English North America, was the son of Anthony and Isabella, who were among the first “20 and odd” Africans to arrive at Point Comfort aboard the White Lion in 1619.

“We are inspired and encouraged by this growing relationship between the William Tucker 1624 Society, Project 1619, and Angolan leadership,” said Eola Dance, Superintendent at Fort Monroe. “It gives us great hope in thinking about the ways in which research, preservation, and partnership at Fort Monroe are contributing to global efforts towards healing and making an impact on the future.”