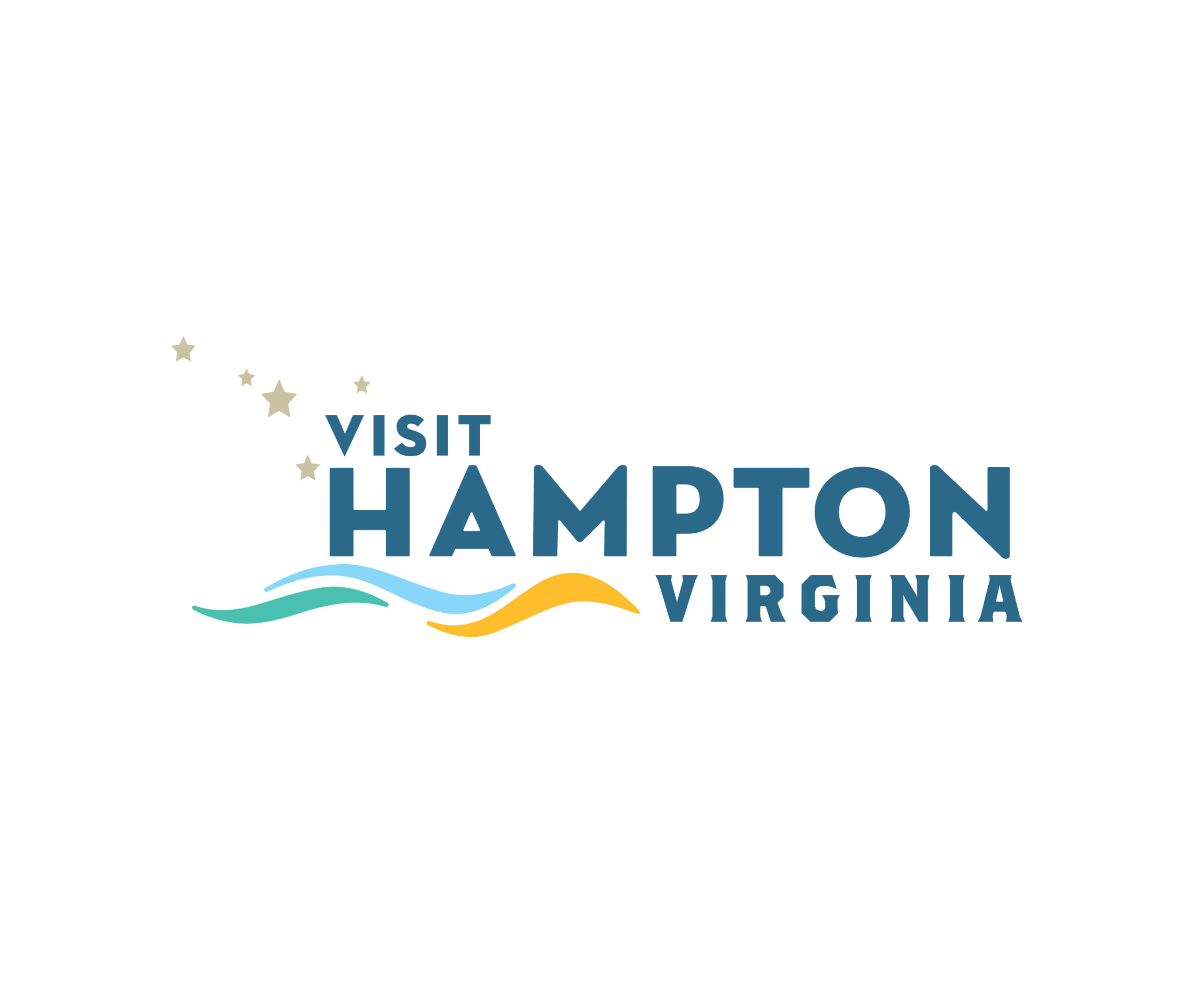 The Stars are Starting to Align: New Decade, New Logo


Amid continuing to promote safe travel, the Hampton Convention & Visitor Bureau is launching a new Visit Hampton logo and brand identity. Overall, the new logo is a part of a re-branding effort by the City of Hampton.

The new logo illustrates Hampton, the first continuous English-speaking settlement, as a city of firsts. Hampton’s 400-year legacy as the city “First from the Sea, First to the Stars” is captured in the new logo.

“The new Visit Hampton logo embodies Hampton’s vibrancy as a waterfront destination rich in maritime and aeronautical history, as well as a center of technological advancement,” said Mary Fugere, Director of the Hampton Convention & Visitor Bureau. “The crab has long been an endearing symbol of Hampton to many of its residents. We are particularly excited to have the crab represented in our logo.”

This logo uses typography that is clear and bold, yet friendly. The tri-color waves celebrate both the depth and reflection of the Chesapeake Bay. From seafoam to the golden reflection of the sun, these colors represent Hampton’s beauty. The stars form the constellation of Cancer, which is Latin for crab. Hampton is where the canning of the Chesapeake Bay crab meat was perfected, and remains a favorite among residents and visitors.

The concept and design of the new logo was a collaborative effort. The final logo was designed by Belo + Company after a branding study was conducted and the city’s new municipal logo design was finalized.

We are excited to continue welcoming visitors, residents, and meeting attendees to discover everything from the sea to the stars!

Look for our new logo and branding on social media, around the city, and merchandise coming soon!